Due to the expansion of cities and villages, the need for vehicles has become an important issue . On the other hand, due to the lack of sufficient funds for providing public transportation in some countries, most people need a personal vehicle . Using vehicles is subject to certain rules according to which individuals can use personal vehicles . In some countries, there are special rules for people with disabilities which by following these rules , people with disabilities and short statures can use their own cars . As we have already talked about the problems of dwarfs , one of the problems of dwarfs is their inability to use standard cars . The seats of these cars are not compatible with the ergonomics of their bodies , or the large diameter of the steering wheel makes the range of motion difficult for them in driving . Due to the short stature of short people , the height of the accelerator , brake and clutch pedals is high for short people (them) and short people (they) will not be able to use them .

How Can Little People Drive?

dwarf have to go through several steps in order to be able to drive.

A- Custom-made cars for dwarfs :

There are companies in the world that make special cars for people with disabilities . dwarfs can get a car according to their physical condition by ordering to these companies . For example, these companies design the car in such a way that little people can easily have the necessary visibility for driving and by using long pedals , they make it possible for dwarfs to use them . Also in these custom cars , the safety of little people are considered, but due to the fact that the custom car will usually be expensive , and also because the second solution is cheap , dwarfs usually choose the second solution .

How to choose a car pedal for dwarfs ?

Various pedals have been made for people with disabilities that little people can also use . With these pedals , short stature people no longer need to order little people special cars. The two common pedal cases are as follows .

The world's standard cars are made for healthy people and therefore the safety of some of these cars is not suitable for short people. Short people should be careful to provide the necessary safety for their cars when choosing to drive with a pedal. For example, prevent potential risks by installing airbags that fit your body. But driving of short people has other problems , which we will mention two of them here .

driving of dwarfs has other problems , which we will mention two of them here .

So little people can drive We hope you find this article useful. You can join our dwarf dating  through the following link . Also , contact us to present your problems through the link .  Hoping for a better and more comfortable life for short people . 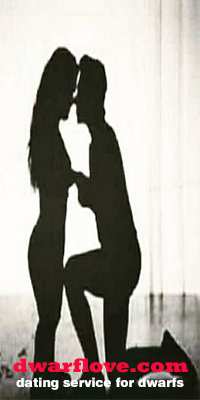